Add your business to ZipLeaf for free!
Hong Kong Business Directory
Home » Kynix Semiconductor » Articles
What are the Reasons for the Burn out of the Thyristor? 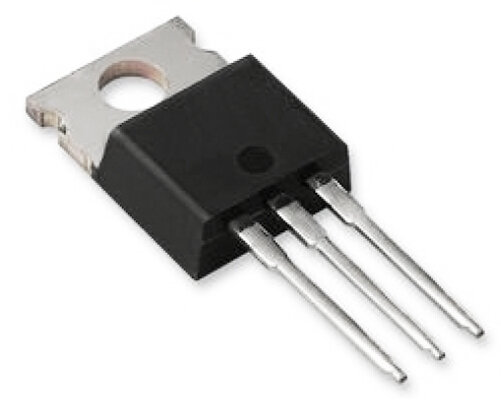 02/07/2020 Thyristor burnout is usually caused by excessive temperature, and the temperature is determined by the electrical, thermal, and structural characteristics of the thyristor. Therefore, to ensure the quality of the thyristor in the development and production process, it should start from these three aspects, which are closely connected and inseparable from each other. And in the development and production of thyristors, we should fully consider its electrical stress, thermal stress, and structural stress.
There are many reasons for the burning of the thyristor, which, generally speaking, is under the combined action of the three factors above rather than affected by the decline of single characteristic. As a result, we can make full use of this feature in the production process. If one of the stresses fails to meet the requirements, we can increase the other two stresses to compensate.
The parameters where faults often occur in each phase of the thyristor are voltage, current, dv / dt, di / dt, leakage, turn-on time, turn-off time, etc., and sometimes even the control pole can be burnt out. As the degraded performance of thyristor or circuit problems can cause thyristor burnout, and the phenomenon of thyristor burnout caused by each parameter is different, it’s necessary to judged which parameter causes the burnout by analyzing the thyristor.
1. Thyristor Burnout Caused by Voltage
Under normal circumstances, a small black dot on the cathode surface or chip edge indicates that the burning is caused by voltage. There are two possible reasons for the thyristor to be burned by voltage. One is that the thyristor voltage fails, which is what we often call voltage failure, which can be divided into early failure, intermediate failure and lat e failure. The second is a wiring problem. Overvoltages have occurred in the lines, and the protective measures have failed.
2. Burn out Caused by the Current
This kind of burn out usually has large burn-out marks on the cathode surface, and even dissolve llarge areas of metals such as chips and tubes in a large area.
3. Burn out Caused by di/dt
The phenomenon of burning out the thyristor caused by di/dt is relatively easy to judge. Generally, there will be a small black spot near the gate or the enlarged gate. We know that the equivalent circuit of a thyristor is composed of two thyristors, and the thyristor corresponding to the gate is used as a trigger to amplify the trigger signal when it arrives, and then turn on the main thyristor as soon as possible.
However, if the current is too large in a short period of time, the main thyristor has not completely turned on, and the large current mainly flows through the thyristor equivalent to the gate electrode, which could only carry small current, causing the thyristor to be burned out.
4. Burn out Caused by dv/dt
As for dv / dt itself, it will not burn the thyristor, but high dv / dt will cause the thyristor to accidentally be conducted, and its surface phenomenon is similar to the phenomenon of current burnout.
5. Burn out Caused by Turn-on Time
The turn-on time is closely related to di/dt, so the phenomenon of burning out the thyristor is basically similar to that of di/dt burning out the thyristor.
6. Burn out Caused by Turn-off time
It is difficult to analyze the phenomenon that the thyristor is burned out during the off time. Its characteristics are sometimes like voltage burnout and sometimes like current burnout. But from practice, it is more like current burnout.
The above analysis only judges what parameters are caused by the damage degree of the thyristor surface, but no matter what the damage is, it will leave marks on the thyristor. Most of these marks are burned black marks, which are the melting mark of the metal. This proves that the most fundamental reason for burning out the thyristor is the melting of the thyristor chip, some of which are melting in a large area, and some of which are melting in a small area.
We know that the melting point of single crystal silicon is 1450 ° C -1550 ° C. It is only possible to melt when the temperature is above this value. So how does such a high temperature occur?
Even if the parameters of each phase of the thyristor exceed the standard value, such a high temperature will not be generated, because the temperature is determined by the product of the current, voltage, and time, and only one abnormal parameter will not exceed such a high temperature.
So the instantaneous high voltage and large current will not burn out the chip, unless the high voltage and large current last for long time. But this situation is impossible to occur as the the equipment will immediately break down once the thyristor is burned out, and it will stop immediately. The time will not be long. Therefore, the high temperature of burning out the thyristor chip is by no means the product of the current, voltage, and time. So how did it happen?
In fact, no matter which parameter of the thyristor causes the burnout, the final result can be summarized as voltage breakdown, that is to say, the ultimate cause of thyristor burnout is caused by voltage breakdown, and the burnt marks on its surface are also caused by this.
We can prove this in the application of thyristors: when testing the burned-out thyristor with a multimeter, it is found that the resistance of the cathode and anode is very small, indicating there is an internal short-circuit. So far, no open circuit is found at t cathode or anode. Because the chip is composed of different metals, the melting points of different metals are different, there will always be the first melting and the latter melting.
Article Recommended:
Basic Knowledge about Thyristors

Kynix Semiconductor Limited was founded in 2008, is a professional electronic components distributor.Kynix has a wide and unobstructed channel for supply source, and reserves a large number of electronic components inventory including all categories of products as: optical devices, embedded systems,…